Age of Titans is a fantasy-based MMORPG with a focus on mythology and alchemy. In it, you – the player – take part in various quests and combat against enemies as you work towards improving your character. 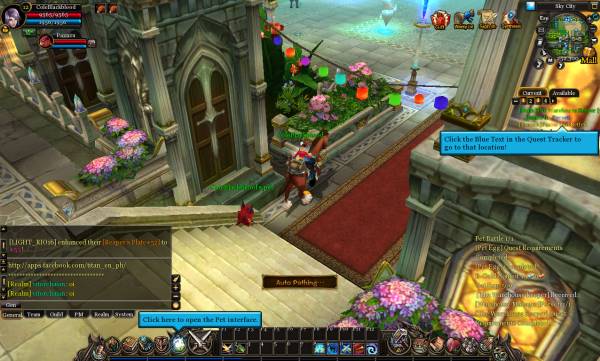 The graphics found within Age of Titans can be summed up as “simple, but pretty.” Boasting a wide range of colors which manages to paint a fairly decent image of a unique fantasy world within each area of the game, the areas range anywhere from a wintery mountain range (in which a literal giant swings his fists and enormous club at any errant dragon-riding adventurer whom passes over his head), to a mystic arena, to a wide, bright green forest in which centaurs and the like can be found.

Unfortunately, I was not able to enjoy much of the music beyond the character creation screen – although the game boasts a variety of sounds, and has the proper settings to go with them, my play through was utterly silent, without a fix to be found. I would call it a glitch, if not for the fact that multiple re-loads did not fix this. 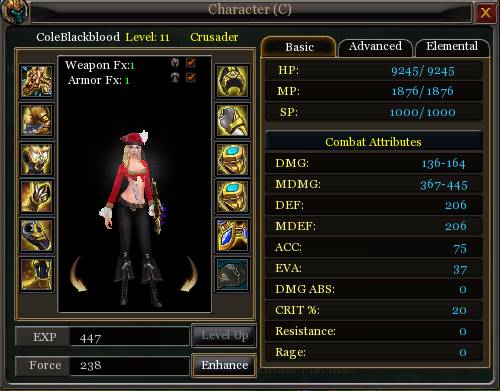 NPCs follow the standard colorful array, unique designs, and strange names which one would typically expect to find both within mythology and the fantasy genre. The playable character, however, was a bit disappointing, if only for its severe lack of customization. With no more than eight choices for hair color, hair style, and expression respectively, this limited choice is made questionable by the complete lack of matching avatar – instead, you choose from one of six to represent your character (all pre-set and not customizable).

You can choose from one of four classes, and I was disappointed to find a focus placed on long-range fighting, with only a slow warrior capable of close range fighting. If you are fond of rogue characters, prepare to be disappointed. The only choices available (for good) are Berserker (a slow, close-combat warrior), Legionnaire (a long-range fighter, the most well rounded of the game), Mage (a weak-armored, long-range magic user), and Crusader (a long-range fighter with a bit of magic). Gender of the character is also restricted to class, with only males able to be Berserkers or Legionnaires, and females to be Mages or Crusaders. There is no altering this. 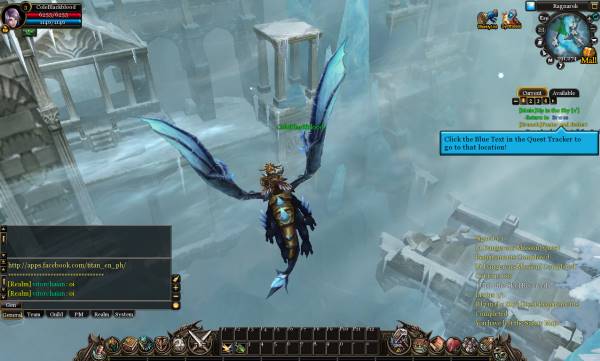 Player on Player interaction is meant to be a fairly large focus on this game (if that wasn’t obvious already, given the genre). Players can chat with each other, trade items, buy and sell through shops to each other, and even join up together to form Guilds of their own. Guilds (along with players) have the chance of being ranked on leaderboards, further boasting their skills and abilities, both as a team and by themselves.

Filled with quests, battles, weapon enchantment/engraving, and explorations, Age of Titans would be absolutely perfect for one type of gamer: The Lazy Gamer. That’s right, this game sounds great on paper, but in truth, is a pretty terrible game. Why? It is too simple – it’s dull, boring, lifeless, whatever word you choose to use. The game is automatically set to auto-path everywhere, as well as fight automatically. You could literally set it up so that – beyond a few clicks required to finish quests – you could just watch your character do everything without very minimal interaction on your part. 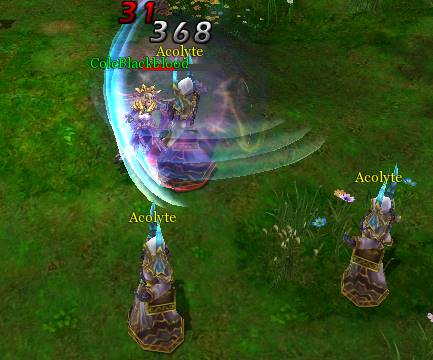 Sure, you could turn these features off, as I did, and try playing the old fashioned way… but it won’t help. Opponents are laughably – no, painfully easy to defeat. I was prepared to ready my new attacks and unleash hell upon my latest fight, only to find my character taking out this supposed evil god in around five hits. As an experiment – when my quest involved taking out multiple enemies – I set it the game to both auto-path and auto-fight, and walked away for five minutes. Came back, my character had hardly a scratch on them, and had leveled up twice. 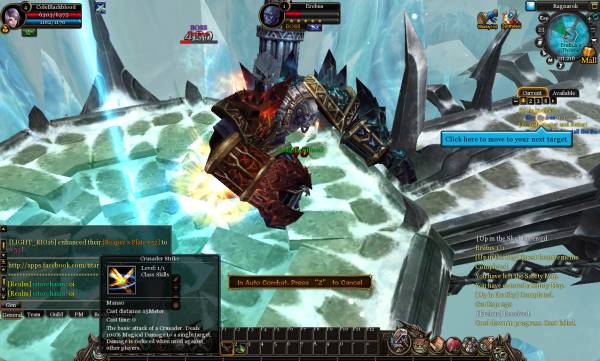 Which brings to my next point: levelling up is a joke. So long as you do the quests (which are no more complicated than “go talk to this person,” finish the quest and repeat) you can easily go up twenty levels within less than an hour of the game, if that. There are no looting dead opponents, nor is there any reward for the character’s defeat beyond experience points – in fact, the characters will immediately respawn mere seconds after death, in preparation of their next opponent.

Overall, I would not recommend Age of Titans to anyone who has played an MMORPG game before. In fact, this game is pretty much a chat room with extra features, or a training ground for those wanting an easy introduction into the world of such games. Experienced gamers – even if you’ve only played one MMORPG in your life, even if it was only for an hour – don’t waste your time.