Dungeons & Dragons Online is a title that was released way back in 2006. The game has been regularly updated, with its most recent expansion in June, along with added support for DX11 as well as additional high-res textures. While the game is not the best looking MMO out there, the world is still quite pretty, and the performance is superb. 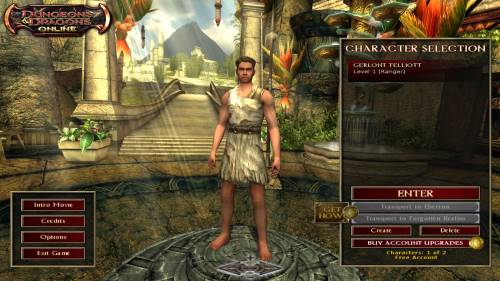 Starting the game is pretty easy. After choosing who and what you are through a series of choices and rolls, with combinations like a Ranger Human or a Warrior Halfling, you wake up on a beach after your ship is reportedly destroyed.

From here a party of mercenaries introduces you to the game and walks you through its first dungeon, perfect for any players new to the franchise or MMO games in general. Your initial party includes a cleric, a sorcerer, and a rogue as you fight a species of water-people called Sahuagin. This group is voice-acted and incredibly likable, and I felt like I was part of a team, and with the dungeon master looming overhead it felt eerily like the table-top game. 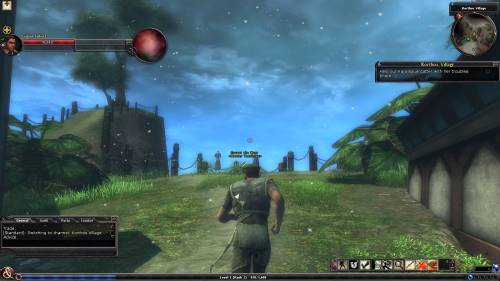 Dungeons and Dragons Online is not your cookie cutter MMO. The most annoying parts of other MMOs, at least in my eyes, are the lack of a coherent story and meaningful combat. To me, combat should be more than auto-attacks and abilities. Dungeons and Dragons Online solves both of these issues with ease. Attacks are more like those of an action RPG, obviously they are some caveats to this, but it is a huge improvement on the basic MMO experience.

However, I did run across a few annoying bugs. One of the biggest issues about combat in particular, besides the lack of any human errors made by the AI, is how finicky the main combat buttons can be. Often times, due to server desyncs or some other issue, when I pressed left-click to attack nothing would happen. In most encounters I had to click multiple times. 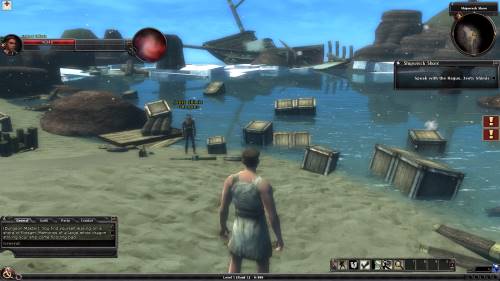 A lot of the game experience is very similar to tabletop gaming. For example, a lot of things are dependent on dice rolls. Loot is based on a roll system, and you can get re-rolls if you shell out the gems.

Every dungeon allows the player to bring in party members, which can be AI that you hire for help or other players. Each dungeon is rated for single-players as well as parties, with difficulty options as well. In this, the game allows players to each have their own unique play style and experience. If you’d like Dungeons and Dragons Online to be a mostly solo experience, it can be. 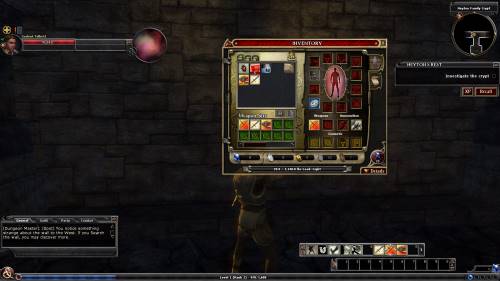 Now that’s not to say that Dungeons and Dragons Online is perfect. Not everything in the game is rated for newbies like myself. Some skills are not quite self-explanatory, some controls are ill-defined and some inventory and UI decisions are questionably confusing.

I’m also happy to report that dungeons are well done in this title. I like the dungeon designs, especially some phenomenal puzzles from the level-designers, which is not an ordinary thing for this type of game. Enemies, although not always visually appealing, are varied and feel fun to fight. And that’s what it’s all about, right? Having fun? 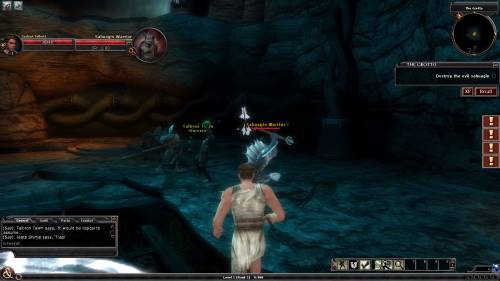 That’s ultimately what I can promise with this game. DDO is extremely enjoyable.

Ultimately, this game is an odd one for me personally to enjoy. I’m not into table-top RPGs. But for reasons that I can’t explain, It comes together perfectly. I love feeling like a 3rd party has some sort of control over what my character is doing or thinking, besides myself of course, and I love the real sense of comradery that comes from playing in a party even with AI. Even though this game isn’t perfect, and the graphics are nothing to write home about, the experience is one that I wouldn’t miss.

This review was written by Toni and edited by Angelique.