As an avid RPG lover, I always try to find more and more online games to play, but for some reason one setting has always my favorite, and that is definitely the Dungeons & Dragons Forgotten Realms Campaign Setting. This is one of the classic fantasy worlds that I have always loved. The latest Forgotten Realms game that I played is Dungeons & Dragons Neverwinter, a new free to play MMORPG game set in the city of Neverwinter. 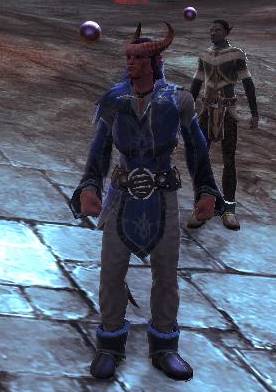 The Dungeons & Dragons universe universe has many diverse setting and Forgotten Realms is one of the most popular. Video games from this setting include Pool of Radiance, Baldur’s Gate, Icewind Dale and Neverwinter Nights.

For those who are not too familiar with it, the Forgotten Realms is a “high fantasy” world with a lot of available magic. Its inhabitants consist of not just humans but also dwarves, elves, goblins, orcs, and many other types of creatures. Technology is not very advanced – it’s pre-industrial/medieval level but with (of course!) magic included.

In terms of design, it’s not like Dungeons & Dragons Neverwinter is creating new things – the look of the setting has been established before in many games and artwork from D&D. What matters now if the quality of the graphics.

They are quite detailed and atmospheric, with lots off different locations such as lava places, beautiful forests, sewers and ending with the snowy mountains.

I have to say that Neverwinter isn’t the most visually appealing game, but it’s not a bad looking one either. It’s more than decent in this regard, and the updates did bring in a visual improvement as well. The characters are nicely designed, but I do feel that the animations are a little stiff sometimes, which is a little bad. 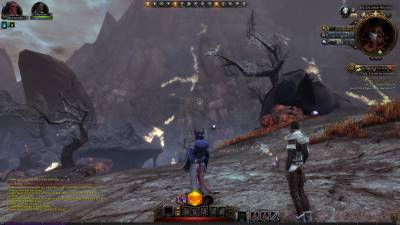 After leveling a character until the limit and playing another one until level 30, I can say that I played quite a lot of Neverwinter, yet for some reason I keep coming back. I think it’s because of the intense gameplay and the fact that each character plays differently.

The playable races and classes are so many that it’s almost impossible to get bored of this game. You can play as a human, dwarf, halfling, tiefling, dragoborn, half-elf, half-orc, and not just one or two types of elf, but an awesome five distinct elven races: droaw (dark elf), Menzoberranzan Renegade (an outcast drow), Moon Elf, Sun Elf, and Wood Elf.

The choice of class heavily influences gameplay, especially combat. Nevrerwinter features intense action combat with no auto-attacking or auto-targeting. Based on what I played, the gameplay for a mage is very alert, yet you have to focus on ranged attacks and keeping your distance otherwise you get killed easily. Special attacks are very nice though, and they often up the ante, which I consider to be an amazing experience as you play.

Special abilities are indeed there, and each one of them can be improved if you want. Of course, you can also have pets and companions, as the game does a great job when it comes to presenting these in a reliable manner. 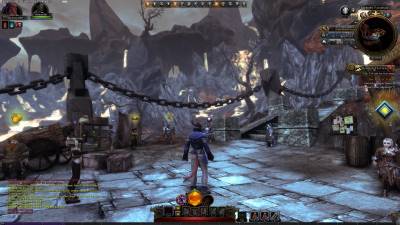 This is not a regular MMO because here you won’t find locations with hundreds of persons nor do you fight for a spawn, instead what you need to focus here is the storyline. In other words, this is not a game where an NPC tells you to kill ten orcs and bring him 10 orc ears. The game is very story-based. Quests are encourage exploration, make you think outside the box and, overall, they are very clever. I didn’t expect them to be so good, but the fact that they are is truly pleasing. Action points and healing powers are a wonderful addition to the entire experience and being able to complete daily quests or receiving bonuses does make you come and play this very often.

I feel that the social aspect in Neverwinter is also one of its strong points. People love to play this game because there are dungeons and locations where interaction is indeed necessary if you want to complete the quests. There are tons of cool social elements included here, all of which are very enjoyable and just a ton of fun. I am a fan of those arena missions where you can enter a dungeon with friends or random people as you try to level up, as they are really cool and there teamwork is crucial for getting out alive.

Speaking of leveling, this is taken to an entirely new level with Neverwinter. It just feels natural and a lot of fun, which is a major plus for a game in this genre, and the numerous updates brought in lots of new content, which enriched the game experience tremendously.

I do feel that the game could focus a little more on the endgame content though, because this is the main concern that most players tend to have. It could be better because there’s not that much to do to be honest, yet somehow the game doesn’t get boring as you can kill enemies with friends have a good time regardless. Yet it’s the little set of things such as this that hamper the experience for the players that poured dozens or hundreds of hours into the game.

Neverwinter is an amazing MMO, one that manages to bring Dungeons and Dragons in the online world the right way. It’s great to play, it offers a lot of content and you will love to play it for sure. It could be better when it comes to endgame content, but overall it’s a wonderful title and you will be able to play it for countless hours if you want. Just remember to create multiple characters, as this does spruce up the experience quite a lot. Either way, it’s a great MMO and you will definitely lose a lot if you don’t play it!