Elite Lord of Alliance, better known as ELOA, is a triple-action hack’n’slash MMORPG with an isometric viewpoint. ELOA features mechanics and controls both familiar to veteran MMORPG players and accessible to newcomers. 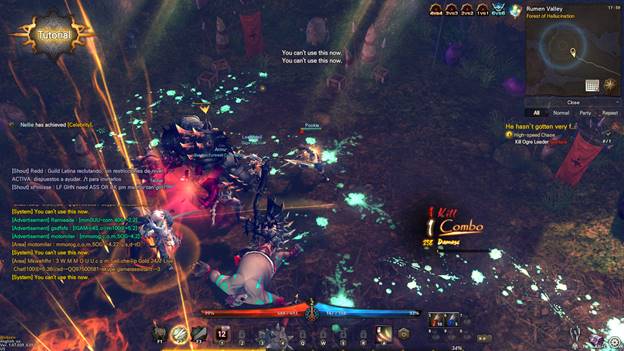 ELOA sets itself apart with visuals inspired by the gorgeous Japanese anime style. The environments are vibrantly colored, animated, living environments that create an exciting and vivid world to explore.

The world itself is filled with creatures and characters that are both dynamic and wonderfully charming. The game has a distinct sense of humor. This is evident from your first encounter with an elderly woman who responds to your inquiries with a youthful and enthusiastic “What’s Up?!” It is always welcome to see a game with some personality and comedic qualities. Who doesn’t like to run into an enemy named: “Dusty Butt Goblin”? 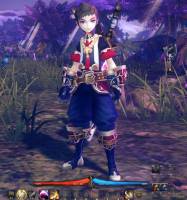 At the start of your journey, before you pass through the gates into this massive world filled with charm and color, you need to decide what sort of character you would like to develop.

ELOA offers you a choice between 5 different classes each with something unique that sets it apart from the other. There are the Blood Knights that specializes in melee attacks, Mages that cast devastating elemental spells, Snipers that possess blinding agility and attack at long distances, Psychics with mystical abilities, and the Assassin Warriors that can unleash a flurry of attacks at a blinding speed.

The game does an excellent job of showcasing the strengths and weaknesses of each class with a radar chart that graphs the specific leanings in each class. There is also a star rating out of five to identify the level of tactical difficulty. This is really important when exploring a new game. You don’t want to progress with a class that you know little about and end up wishing you had chosen differently. ELOA lets you know what you’re in for and educates you at the start.

After testing each of the class, it seems as though they are all quite manageable and no one class will keep you at a significant disadvantage during your playthrough. By no means does it reflect similarities, in fact, they all define themselves on the battlefield by diversifying the tactical approaches. Each will still give you an equal chance to take out your enemies, but with separate strategic manoeuvres. 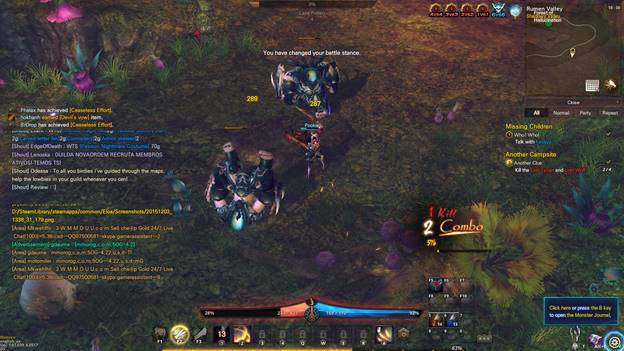 I get it, you can’t just say “triple-action hack’n’slash” and leave it at that, and I wouldn’t dare when combat serves such a pivotal role in the enjoyment of this game.
The “triple-action hack’n’slash” aspect is referring to the ability for each class to switch between three of their own unique battle styles at any time. The battle styles are essentially different weapons that each includes their own skills.

This adds so much depth and strategy to the combat. It can be a learning process to discover the best instances to use each battle style, but over time you will develop personal tactics that will have you seamlessly switching back and forth to wipe out that one massive enemy or large group of smaller enemies.

The great thing about the skills is that they do not require the same cool down across your battle styles. For instance, as a Blood Knight you can use the #1key skill (Blow of Light) with the Guard Battle Style, and then immediately change to the Destruction style and use the deadly #1key skill Suppress, instantly. You can do this in any order and adjust it to the specific enemies you encounter to create your own custom combos. 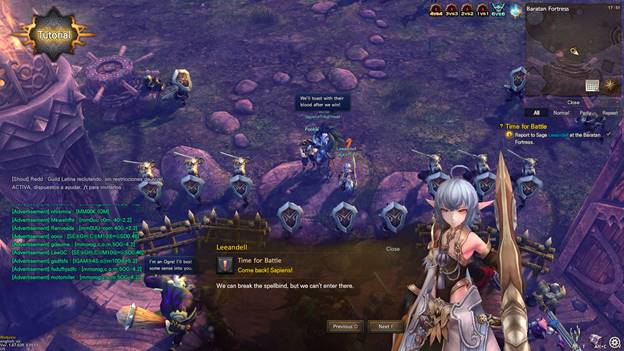 When you are controlling your character in combat you are not required to conform to a single control scheme. There is the point and click option as well as the entirely keyboard based controls to give everyone a choice that will suit their needs. But regardless of the controls you select there can be moments where you are overwhelmed and get lost in the chaos of enemies filling the screen. When you get caught in an intense battle and the enemy you specifically selected dies, you are not automatically targeting another enemy and could be swinging, shooting, or casting at nothing.

The crown jewel of ELOA is most certainly the malleable and dynamic triple-action hack’n’slash combat. There are plenty of wide open games, with beautiful backdrops, and colourful characters, but few have a combat system quite like ELOA. If you are looking for an experience that focuses on delivering a unique and deep combat style that gives you a chance to creatively blend together freeform combinations, this is the game for you.