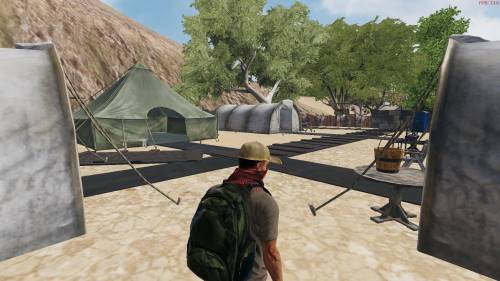 Romero’s Aftermath is a zombie infested world for you, your friends, and people around the world to survive in, either as a team, enemies, or neutral passers-by. Aftermath is evidently not trying to innovate and take the gaming world by storm. In fact it takes all of its ideas from games like DayZ and H1Z1 who have established what makes an open world MMO zombie survival game. It uses these ideas and these alone, without any of its own ideas to offer into the mix, but this doesn’t need to necessarily impact the level of fun that can be had in the game. This review breaks down why this game succeeded or failed in its approach to this sub-genre. 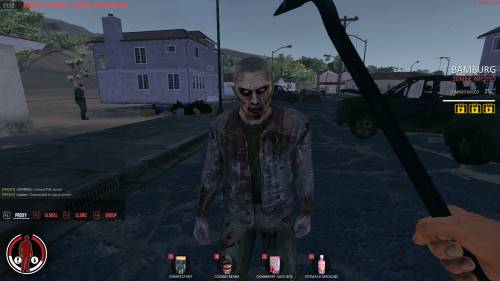 The nice thing about Aftermath is the enormity of the map. It sounds like a great idea to make a big map to explore and scavenge, right? Unfortunately, the map is mostly barren. The majority of the map is filled with areas that have nothing of value at all, so you just continue to run right through them. The only interesting locations are the gas stations and towns, but they are few and far between. It makes sense to have big open fields and forests to bend to reality, but this doesn’t make for a fun experience if you are running for more than 10 minutes before you find anything of interest. It is indeed a large map but it is largely comprised of filler.

When you do happen to come across a collection of buildings infested with zombies, you will notice that those structures are very similar, in fact identical, to those you may have seen on the other side of the map. There are a lot of buildings that are repeated, and not just slightly changed and mixed into a town so it can blend-in; the gas station in one place is the same as the gas station in another.

The graphics in this game were not bad, it was nothing really noteworthy but it was in no way to the detriment of the experience. Although it had a little shine to it, the world still felt strange, but not intentionally. There are seldom any environmental sounds like wind, which made the swaying trees and flowers seem eerily exuberant. Despite Aftermath supposedly being a zombie survival horror game, I found the foliage to be the scariest thing in the game. 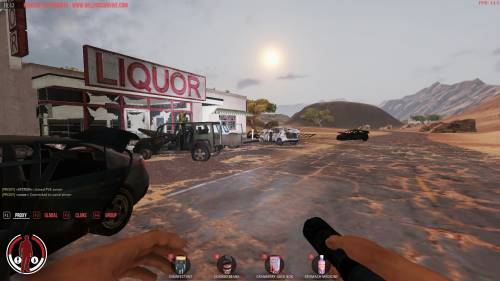 It is great to have a game that leaves you to discover your own purpose in its world, but in this case there is very little to do. You wander around gathering items and scraps to craft items, flee or fight enemies, and repeat. Sure, if you simplify anything to such a degree it can appear repetitive, but with firsthand experience this is as succinct and apt a description of the gameplay as I can provide. 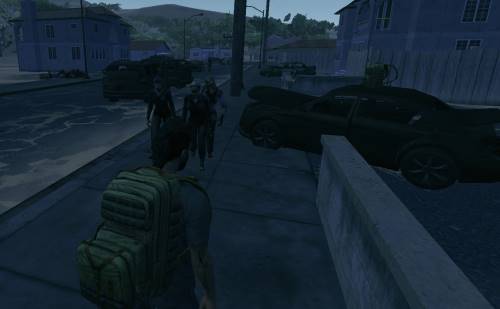 As previously mentioned, the zombies are not scary. They simply hobble, stumble, and grumble around in such a way that is more likely to evoke frustration and annoyance than fear. At first you may treat them like a threat, but once you’ve fought one you realize that you can stand in place and have your weapon slide through the zombie, and not in a stabby way more of a technical issue way. Only when you are surrounded by a mob of zombies will you have a significant chance to die.

On top of that there is not a consistent indication you are being hurt. There is the health bar in the bottom but it’s not something you’re looking at when you are fending off a group of zombies. 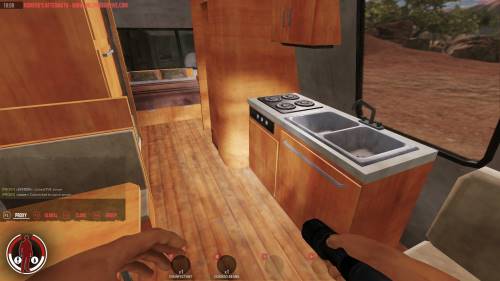 The base building could have been a positive in this otherwise negative gaming experience. It allows you to build some interesting structures with plenty of different craftable pieces. But without any sort of missions or random events with attackers there is really no point. Also, because it is built with the intention of letting someone in, which is supposed to only be you, anyone can get in if you are not there. There are no gates or anything to keep out intruders and allow only you to get in. The least amount of fun you are going to have is sitting in your base to fend off other players, you will want to be exploring and thus human players can go in and out of your base as they please. 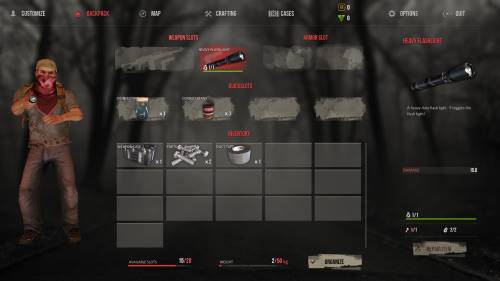 The crafting system is straight forward and allows you to build items at any point. There are tons of things you can create from guns and melee weapons to clothing and survival items. It is as simple as opening up the crafting menu picking the items you want to craft, so long as you have the items’ blueprint and its requisite materials, and you’re done. This is also the same place you would construct the pieces that make up you base.

The items you need to find in the world are not too hard but not too easy to scavenge. With a little effort, you can find any of the resources you need to build what you want. The only hard part is finding the blueprints, which don’t appear as readily.

The game’s premise is great, and that’s why there have been so many games before it that did the exact same thing. It is an infinitely inferior clone to DayZ with far less to offer and nothing especially new to contribute.

Despite a world that implies adventure and promise from its size, it is bland and repetitive with more filler than content. It is a like a mammoth sized hamburger, but three quarters of it is comprise of bun.

The combat should have been the heaviest focus, but it happens to be marred with technical issues and dull, nonsensical engagements with Forest Gump level AI zombies. Base-Building could have had a great part in the game but it serves no purpose other than its construction.

Overall, the game feels as if it was made by developers that have no passion for what they do. They simply saw a game they liked or that was popular and decided they wanted in on it. Everything in the game seems to be incomplete and in early development stages. There is no polish in the gameplay mechanics or the environment and the whole thing is riddled with bugs and issues.