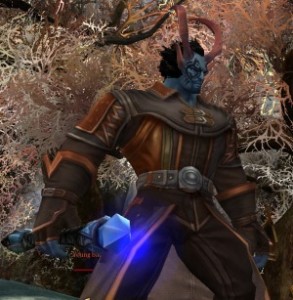 Sphere III: Enchanted World is a massive fantasy MMORPG that caters to the most hardcore players of the genre. The game is both published and developed by a Russian company called: NIKITA ONLINE. They were founded in 1991 and became an early pioneer in the Russian video game industry. They have found success with a general focus on MMOs of all kinds – ranging from MMORPGs, Browser-based MMORTS, Social MMOs, to Mobile games.

NIKITA ONLINE’s games are quite popular in Russia and boast a user base of more than 11 million for their 19 operational titles. Like many of their games, Sphere III has been designed under a free to play business model, which includes an Auction House and a Shop to buy and sell in-game items.

Sphere III had its first iteration released on August 18th 2015. Currently it is in a state of perpetual progression with new features, bug fixes, and general adjustments being incorporated all the time. There are some rough edges and a need for polish in some areas, but the constant updates will soon add up and bring together what can certainly be a really great and full game. 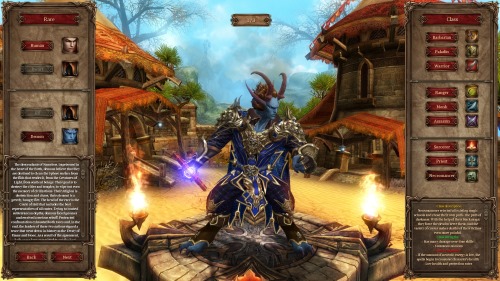 It is a game filled with epic and exciting gameplay of all different kinds. This includes:

For the most part Sphere III is a really fun experience with some hiccups and lack of any major innovation. Whether or not it makes a big splash in the industry is not necessary for it to be a great game, but with so much competition and a limited time to play games it is good to know the best offerings. It is mostly generic aside a couple unique inclusions, but still manages to be an enjoyable experience you can spend plenty of time on.

Just like many typical MMOs you hop from NPC to NPC to acquire and complete a plethora of fetch and kill quests to gain levels. But Sphere III doesn’t go easy on you and leaves you vulnerable to death a hundred times over. When you die you lose EXP and gear loses durability, which can be costly – forcing you to grind once more. This sort of pushes you to find others to team up with and break what can be a tedious cycle. It isn’t that you need a group, but it certainly is more enjoyable that way. 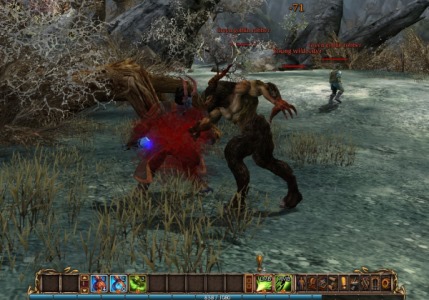 The action combat style is great at letting you bash, slash, and cast free from restrictions by targeting with a cross-hair and using your own aiming ability to hit your enemies. Doing away with the tab targeting system develops a more skill based and involved system. There could be some minor polish in some of the combat as your mobility is limited and there are no indications of impact when hitting or being hit.

There is a big, detailed land of various environments for you to discover and explore. However, the task of walking across such an expansive landscape on foot can be a pain as movement is quite slow, although this can be remedied by simply materializing from one teleportation device to another and riding mounts. Once you become familiar with how the game functions, it is no problem at all to get around. 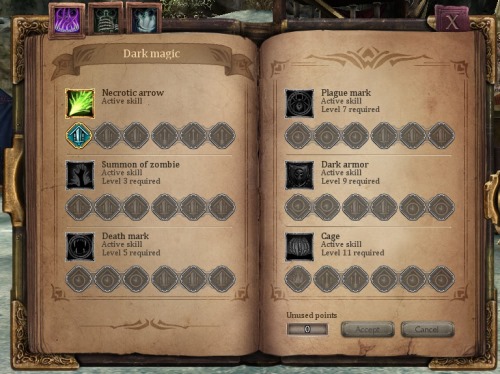 When you start the game you are first given the opportunity to choose your character’s race and class. There are 4 total races to choose from (Human, Demon, Dwarf, and Elf) but only two that were readily accessible for use (Demon and Human). It is unclear whether this is due to those races being incomplete or selectable by other means. In terms of classes there are 9 that include the standard choices like Barbarian and Necromancer, but I unfortunately found that some of these classes are actually locked to specific genders. It is a shame, but it is somewhat refreshing to have it separated in such a way so that each gender has a similar offering.

Once you have entered the world and levelled up your character for the first time you can finally get a glimpse at the skill tree. The skill tree can appear to be somewhat limited but I discovered that despite being small in appearance it will still takes some time to completely unlock and will require relatively meaningful decisions at each level.

There were a couple moments where the areas would refresh the fallen monsters too quickly. Occasionally, I would kill a monster and if I didn’t collect the loot within a minute or so, it would have re-spawned in front of me. This was not common for it to happen, but nonetheless an annoying moment. Aside from that minor disruption, I was pleasantly surprised to find that Sphere III, a game that is still being developed, has so few technical issues that would be evident on a typical playthrough. 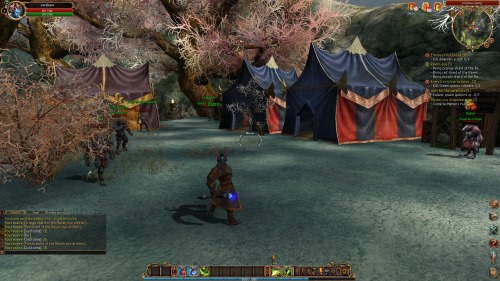 Overall I feel that Sphere 3: Enchanted World does not do very much different from MMOs. It may be a bit generic at times but it has a framework of good ideas and some great ideas. The action combat style with the non-target, free moving cross-hair made the fighting more engaging and wholly enjoyable. I found it quite easy to get lost in this world filled with a variety of monsters, some big action, and detailed, breathtaking environments.