There are so many MMORPGs on the market right now that I can barely keep up with them, yet there are a few that always manage to stand out of the crow thanks to their high quality and amazing experiences that they bring in front of the players. I am talking here specifically about TERA, a one of a kind, innovative title that impressed me right from the start and now, after years of play, I still find cool stuff to do in it. 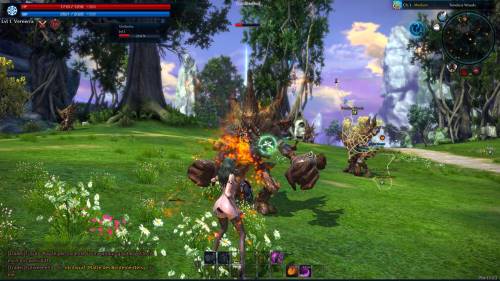 I have to say that the story in TERA is not that impressive, it’s mostly comprised out of a set of dialogs between you and the quest givers, and it doesn’t really stand out. What I do like in TERA is the sheer massiveness of the game world, because everything in Arborea is very large, starting with the buildings and finishing with the plants.

There are six races to choose from when playing TERA, and these have been there since the game’s launch, without any new ones being added. Sure, some new classes have been added last year, but other than that the game remains roughly the same. From Baraka to Human, Aman, High Elf, Popori and Castanic, you do have a wide range of choices to be made, and it’s all up to you to select the ones that suit your needs.

What will catch your eyes for sure in TERA is definitely the combat mode. Many MMOs have the combat very bland and just plain bad to be honest, mainly because the combat is repetitive, you know exactly when and how the enemies will attack, and this just manages to hurt the gameplay beyond belief. It’s very nice to see the gameplay generate a very cohesive and exciting experience, and thankfully the simple fact of attacking the enemies and seeing their reactions in real time makes the gameplay very immersive.

I liked the fact that there are many enemy types, because each one of them gives a sense of uniqueness and it just makes the world feel more cohesive. The animations are portrayed nicely, and they manage to make the combat even more impressive than you would feel it at the first glance.

What I like the most is that each class does have its own set of attacks, so it does matter the way you attack others and how you level up.

Speaking of leveling, I found TERA to come with the normal level up options and skills that you can find in most MMOs. TERA does a stellar job at bringing in a wide range of different quests and each one of them does feel like a part of the story. Yes, you can find more quests here than the normal fetch and go stuff, and each of them brings in front a multitude of great choices for you to make. Sure, there are various cliché quests but I could find some innovative ones, especially down the road.

Yes, TERA does require you to invest a lot of time, and it might not be that different right from the start, but what it does right is that it allows you to feel like a part of a game world where you belong.

You can hire companions in TERA, and a great thing about them is that they allow you to explore the game world in a very nice way. The horses are specifically interesting because they enable a player to go from a place to another via portals, which is a cool feature for me at least. 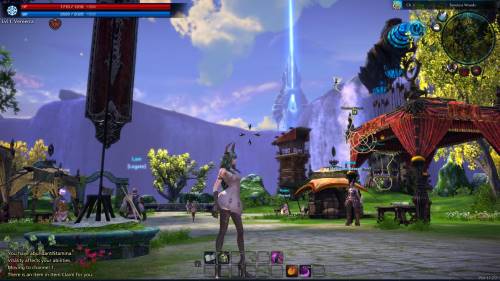 Thankfully, TERA diminishes the idea of having too much dungeons in a game, but there are a few which are nicely portrayed. The main focus in this game is to provide you with a very intricate, extraordinary and highly immersive experience, and thankfully the game does a stellar job.

I enjoy the fact that TERA does encourage the ability of playing as a team, in fact there are regions where you do have to play with others in order to proceed. You can heal your team mates from afar, enjoy the fast attacks and do all kinds of stuff that will help the others go ahead. In a team, each class is very useful, something that manages to add a ton of value.

When I peruse the world of TERA, all I can see are the amazing possibilities that the title offers, because you can go literally anywhere you want and explore, enjoy the massiveness of the world, kill enemies and just have a lot of fun doing so. This is exactly what TERA is all about, having a fun experience with a very good game, and I have to say that this game excels at all of that unlike any other I saw.

From leveling up to creating a believable region, everything is amazing, and that’s exactly what will draw you in to play more.

The social features in this game are very nice, the chat is great but unobtrusive, and team work is a major focus for the game. Also, the title does a great job when it comes to connecting people with one another in a quest, as there are special quests where you can play with others and stuff like that. 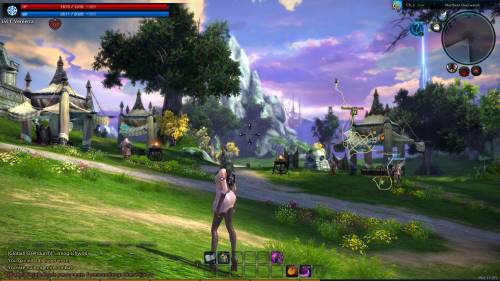 TERA offers the best graphics I could find in an MMO, and the numerous patches made the game run even better as well. The game world is large and nicely created, but the best part about these graphics is that they generate a cohesive world where the characters are portrayed magnificently, where the animations are directly implemented in the combat and where everything shines. Of course, some might argue that the game world is too colorful, but do continue to play and you will find some darker regions as well, so the game literally has a lot of stuff for everyone, which is really cool!

I think that TERA is one of the best MMORPGs you can play right now. It’s a great game to come back and play as often as you can, but its massiveness, great quests and the numerous challenges are those things that will keep you coming more and more. I encourage you to check TERA out, it has numerous expansions released recently, a lot of new content and the overall performance of the game has improved drastically.