Lost Sector Online is a modern, tactical MMORPG. The player takes the role of a former resident of Broxton, a town devastated by civil war brought on by the constant progression of modern technology. Clad in only the armor gained as a soldier, players must now reconnect with former allies and work together to bring some peace to the chaos. 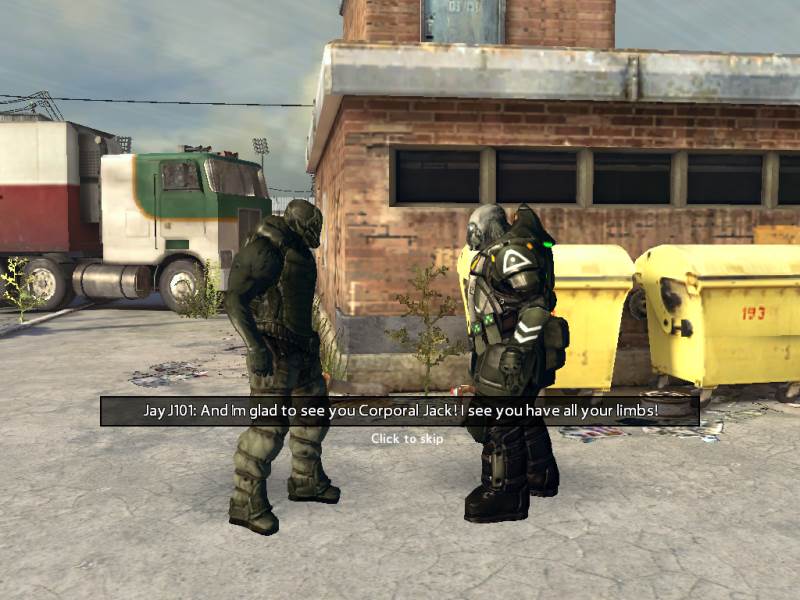 The graphics for this game are actually really good for an online game, especially one which does not require immense processing power. While the detailing is not superb, the overall effect is still very nice. The sound aspect still leaves something to be desired, however. The text-heavy intro narration specifically would improve with a vocalized reading. The game does not have much in the way of music, but in a way, that works better for this style of game.

The playable character is, as stated above, a former soldier returning to their former home in the town of Broxton, now overrun with gangs and heavily destroyed. There is no early customization whatsoever for the character themselves, beyond providing a name which must be in Latin characters, and not violate the game rules – though how a name could do that beyond an assumed crude language and/or cursing rule, is beyond me.

The player’s character has no decipherable gender, with each one wearing the same bulky green armor as every other player at the start of the game. They have no voice, and every line found within the intro narrations and tutorials are pre-selected. Aside from player on player interactions, most of the game is fairly linear.

Non-playable characters take the form of mainly allies in this game. These characters are primarily found in the safe zones found within the game, serving as guides, mission givers, doctors, merchants, and weapon repairmen. Each one has their own unique look, physical appearance, and way of speaking, so at the very least they stand out a bit from the generic, cookie-cutter style of NPCs one expects to find in most roleplaying games these days. 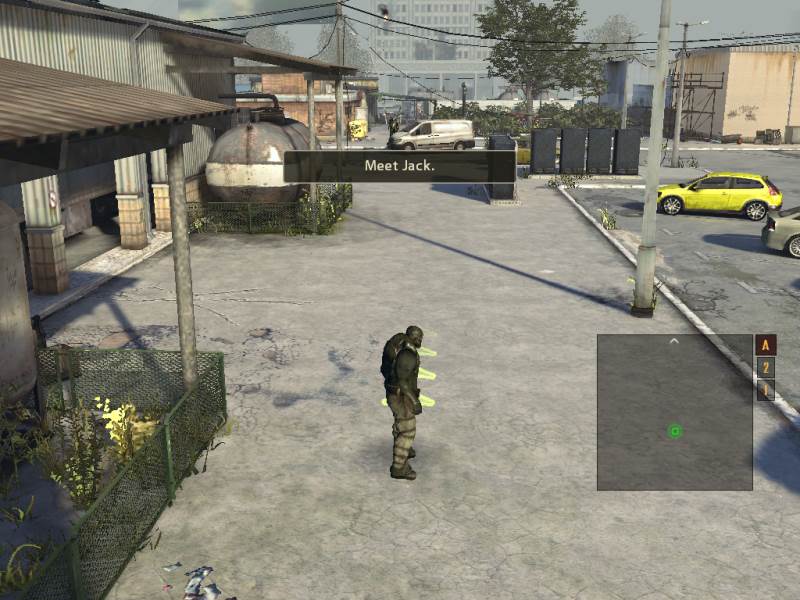 Like most other massive multiplayer online roleplaying games, Lost Sector Online has a fully functional chat system for players to communicate with as they play the game. This same feature also allows players to trade equipment and other items amongst themselves within the game, or send out calls for specific skills needed before moving out amongst the game’s world map.

Players also have the opportunity to team up and work together to fulfill contracts, or complete different aspects of the three campaigns found in the game. Or, if they would rather, players can also form up teams and take on each other, for a more challenging aspect of the game.

Lost Sector Online has a very unique form of general gameplay. To be honest, I did not like it at all when I first started playing – I found the combination of two very different styles of gaming to be tedious and boring. However, after playing for a little while, and giving the game a break and then another try, it did become more enjoyable over time.

While the characters themselves are moved and viewed like that of your average open-world roleplaying game, the battle style is that of a turn-based strategy game. Naturally, this was very weird to behold – being forced into a specific camera angle, and being told you not only have limited points to move around (when you were moving freely without such a thing just moments before) towards your opponent, and then having to wait for a meter to fill before you or your opponent could attack each other … it’s just strange. And the meter seemed a bit flawed, in favor of the player being able to relentlessly attack while the opponent only got one strike. I’m hoping this was just a temporary thing, or a glitch, because while others may enjoy it, this player prefers a fair fight. 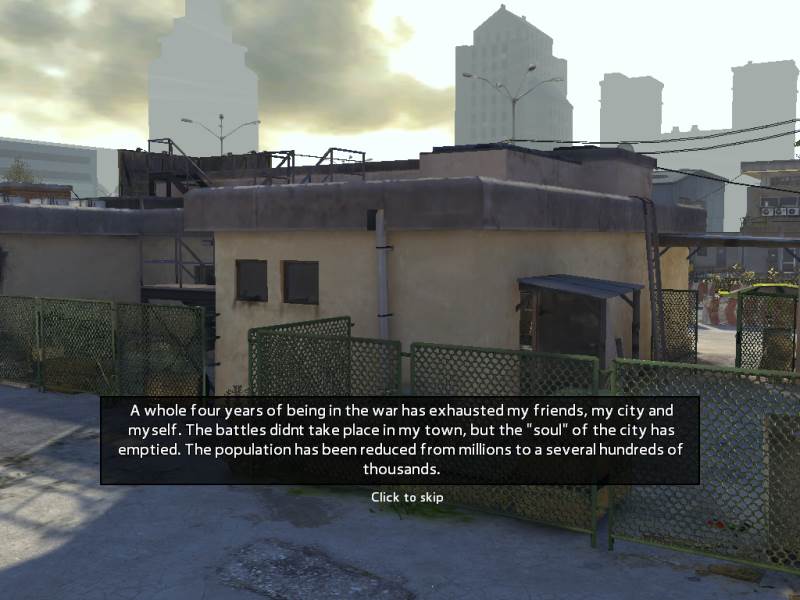 The controls of the game itself are also very odd. Clicking the left mouse button is the only way to move your character, and said character will immediately halt if you click a second time, regardless of whether it was in an alternate direction or not. The arrow keys can also be used, but only to stiflingly control the camera, not getting much use when your player is already automatically followed in the game. There is also the option of using the right mouse button to control the camera, finally allowing some proper turning radius and focus – but the control is hypersensitive, and creates more of a “free fly” affect akin to that of game developers, than general gameplay. I suspect this was something that was meant to be changed after developing the game, and never was.

I will have to give the game maker’s some props for the little things in the gameplay, however. Providing an array of weapons besides guns – such as baseball bats or machetes – makes the game more interesting, and gives it more of a “post-war, scrounging for what we can” feel. Secondly was their explanation of why each player’s ammo automatically refills after each battle: the town is filled with discarded ammo and the like after all the fighting and gangs taking over. There is also the fact that while the player literally travels the fairly plain town map while moving from place to place, they at least put marks to signify other players and opponents. It’s nice to see attention given to the smaller details.

All in all, I would say that Lost Sector Online is most definitely a unique game. Whether that is a good or bad thing depends strongly on the player’s own taste, and their willingness to power through and attempt to join the game. I would recommend this game to any strategic fans looking for a taste of a shooter game, without the dynamics of one. I would also strongly suggest forming a group of friends to play with beforehand, because the servers of this game (both of them) are fairly dead in terms of player activity.