Devilian is a grand, free to play, fantasy MMORPG in which you take control of a character known – as the title of the game clearly states – as a Devilian. These beings are humans who took on great power during a time of strife, and adapted to it, turning these powers into their own gain against the darkness which ravaged their world. However, darkness has once again lain waste to the land, as a dark mage seeks to revive the devils once defeated, and it is up to you – as one of the awakened Devilians – to help put a stop to it. You are humanity’s last hope. 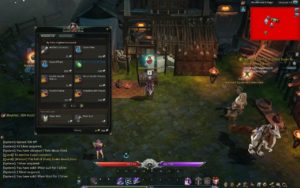 First off, let me just say that the graphics on this game are absolutely gorgeous. Not as perfectly detailed as a game like, say, Skyrim – but still pretty nice and high definition in comparison to most MMORPGs to be found, especially free ones. The character movements are – for the most part – absolutely smooth and seamless, and provide a visual aesthetic which is just plain pleasant to look at while you are playing the game.

The music fits to its fantasy theme, but could be described in a single word: badass. From the moment you are launched into battle, a courageous symphony takes up arms within your computer, determined to take part and provide an excellent mood for slaying monsters and ogres (or perhaps just really ugly humans) alike. 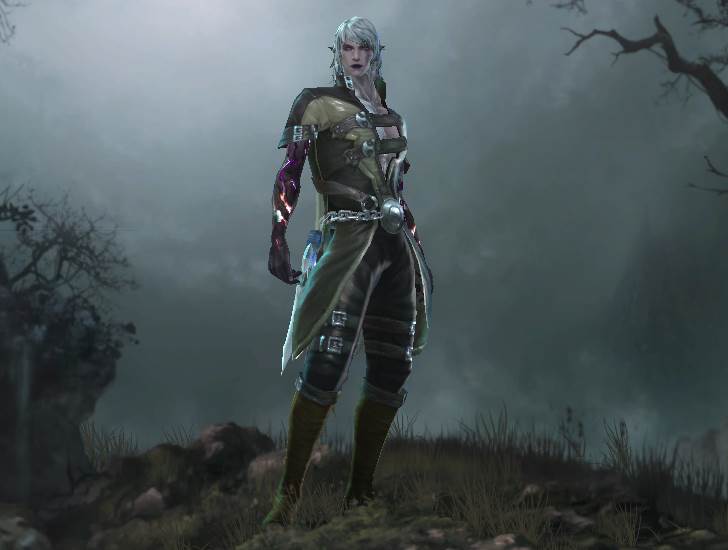 As stated above, you take on the role of a Devilian. I want to commend the game makers for actually including a bit (although still not that much) of unique detailing to their classes, rather than retaining the typical “arrows, sword, or magic” options provided in most MMORPG games.

Players have the choice of one of four classes: Evoker, Berserker, Shadowhunter, or Cannoneer. Evokers are a mature (ie: womanly) female character with an arsenal of magic at their disposal. Berserkers are male characters with a penchant for big swords and strong bodies. Shadowhunters (my personal choice) are male, rogue like characters who make use of both shadow-based abilities and a chain whip to stalk and strike their enemies from the cover of darkness. Finally, we have the Cannoneers – adorable female characters that remind one highly of your atypical “loli girl” (if you follow Asian media) who carries a miniature cannon roughly the size of her arm. She is the “sharpshooter” style of character.

This gets a section all of its own, because the customization – while not as large as some games – is still fairly expansive in comparison to your average MMORPG. While the gender of the character is not changeable (whatever gender they were when you chose the class is what you are stuck with), there is still plenty of other things to customize.

For example, each character has four outfits to choose from, ranging from fantastical armor to completely skimpy – I even found an option for my Shadowhunter that basically left him in shorts and possibly gauntlets. There are nine options in terms of hairstyle, and the color – like that of the eyes and lips – can be changed based on a selection of general shades, and / or altered by a color box (like a color wheel, but more limited – and not a circular shape).

There are also four options for the iris style (including a cat or star-like shape), and for your character’s facial tattoos. You can also name your character, although you are limited to a twelve character limit (and I can speak with certainty that swearing is not a problem in terms of names – I passed a few players whose names revealed that in-game). All in all, a very decent range for the game. 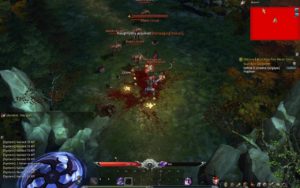 Like most fantasy MMORPGs, the game mainly revolves around the use of quests, and makes use of a combined mouse and keyboard control system. Each player is apparently limited to fifteen “Daily Quests” but given the fact that the name is a pronoun, I believe this to only be a factor to specialized quests, rather than general ones. Regardless, quests take enough time that this should not be too much of an issue for most players.

Every character has a general melee attack, as well as specialized attacks which make use of either energy or a cooldown rate. Considering the fact that the regeneration rate is fairly high for energy (though health does not regenerate, and requires potions), this can be quite helpful when dealing with groups of gargoyles, succubi, cannibals, mages, and other monsters in the game.

Each defeated enemy is turned into an explosion of light and blood, complete with chunks of their body spread across the battlefield before they disappear a few moments later. Combined with the battle music, this can make even a minor battle seem pretty epic.

The continuous onslaught of enemies and high ranked boss battles provide just enough of a challenge to keep players entertained and their attention captured, without frustrating them to the point of wanting to quit.

Overall, I would say Devilian is a fantastic and very enjoyable game to play, be it alone or with a friend. The use of detailed cutscenes as transition points into the game, as well as excellent voice acting for the characters both in and out of the cutscenes (of which I was pleasantly surprised to find), only serve to further add to the overall playability of the game.

Frankly, the only complaint I could find with the game is the fact that with most text boxes, you had to find and click a little magnifying glass to read more than three fourths of the first sentence. That quickly got irritating, although if you are someone who doesn’t really care to hear all that a character has to say (given that it’s not entirely necessary to read it all to know what to do next), then this will not be a problem for you.

All in all, I would recommend this game to anyone looking for an enjoyable, heavy action fantasy RPG with fantastic graphics, excellent music, and who doesn’t mind a little bit of gore.

This Devilian review was written by Cole Blackblood. Cole’s other reviews: