Twin Saga is the epitome of a Japanese fantasy style MMORPG. Players take on the role of a new hero, freshly arriving to a foreign land in search of adventure, only to find themselves dragged into an ongoing battle between two magical twin sisters – one who wishes for you to join her ranks, whether you like it or not, and the other who merely sees you as another obstacle in her path to power. 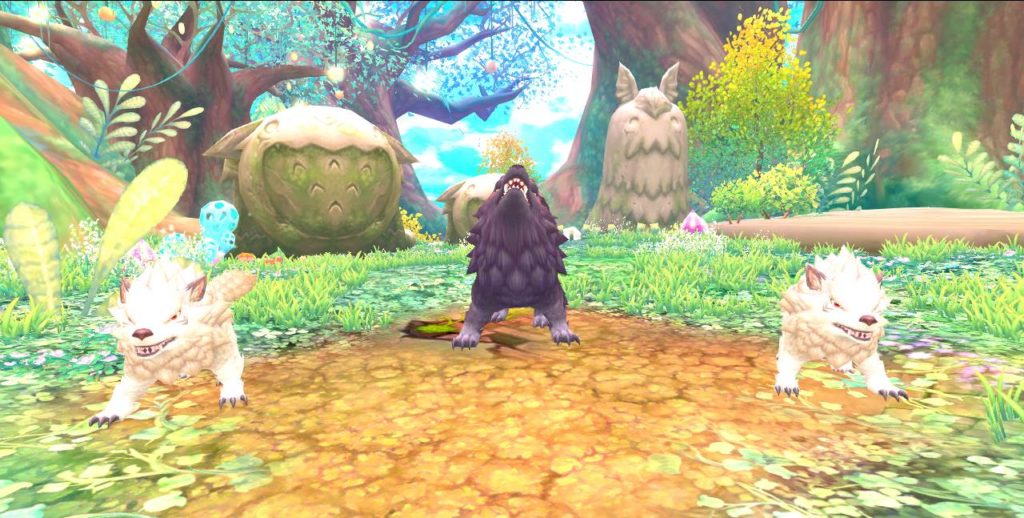 The quality of graphics in this game is very well done. While the Japanese, “cutesy” style is not as detailed as some games you may find, for an online game, it is very well done, and makes the high computer requirements totally worth it.

The music of the game is fairly cheerful for the most part, and carries the distinct tune as one would come to expect from the fantasy genre. It is very pleasant to listen to, and adds a nice extra bit to the game itself.

Players get to enjoy a moderately high level of customization when it comes to their characters. Starting out with four unique classes to choose from (Dragonknight, Mage, Swordmaster, or Gunslinger), players can later unlock six more alternate classes – Cleric, Paladin, Hunter, Occultist, Berserker, or Rogue – following level-specific quests within the game. Upon choosing their class, characters have the option of ten faces, eight hairstyles, four skin tones, twelve hair colors, and twenty-five eye colors. Uniquely so, Twin Saga also allows players the option of six different Japanese voices for their character, and one of twelve system voices, this one in either English or Japanese.

There is also the added bonus of the pre-set armor choices for the characters being relatively the same regardless of gender – especially since the avatars look relatively child-like, and having the typical skimpy armor one has come to expect in some MMORPGs would be highly inappropriate, amongst other things.

Non-playable characters have garnered a larger role than usual in this game. Through the use of an actual storyline within the game – akin to personal dialogue and summaries occasionally found within in-game journals – non-playable characters serve a role beyond quest givers or merchants. Their actions serve to drive part of the storyline (as they should) and lead up to the quests in the game, rather than the typical “this person is hurt, go help them despite the fact they seem to be perfectly fine while just standing in place in the forest” spiel found within just about every MMORPG alive.

A good example of this would be the mayor’s daughter, Fina. From the very beginning, she shows a tsundere personality, ranging from a sweet-hearted girl with a dream of following your class, to a dangerous and terrifying psycho demanding the use of your weapon and the chance to learn how to fight under your tutelage, whether you like it or not. The game adds into it by mentioning the NPCs within the quest journal, not simply in the “go find this person” style, but rather “go catch up with her before she gets you both killed!” It is definitely an enjoyable change, and just adds to the reasons I would recommend this game to others.

Players, of course, have the opportunity to chat and trade items and equipment amongst themselves. They are free to explore the world as they see fit, and even team up together to take down higher level enemies whom may traverse the world and pose a threat. However, despite being a multiplayer game, there is enough content to enjoy a solo playthrough if one does not have a team of friends readily available to join them.

The controls of this game are your typical mouse and/or keyboard controls – simple to use, and altogether an average form. However, there is one thing I was particularly happy to discover: your personal characters are *fast*. Unlike most MMO games I have played in the past, there is no excessive waiting for your character to travel a long distance as you guide them, supposedly “running” at a speed you are certain even your grandmother could beat without much struggle. This game’s avatars are little speed demons, in the best of ways.

Twin Saga carries a unique feature in the form of multiple currencies, and reputations. The currencies are exclusive to specific types of merchants (including one which is only earned through real-world actions, such as recommending other players try out the game, or sharing that you have played it) and lead to special equipment sold only by that particular merchant. The reputations follow a similar style of play, only these are class-specific in terms of who can or cannot earn points for them. They also lead to specialized equipment, but just as they require a certain class to earn them, the equipment is geared toward those specific classes, and benefits only them. 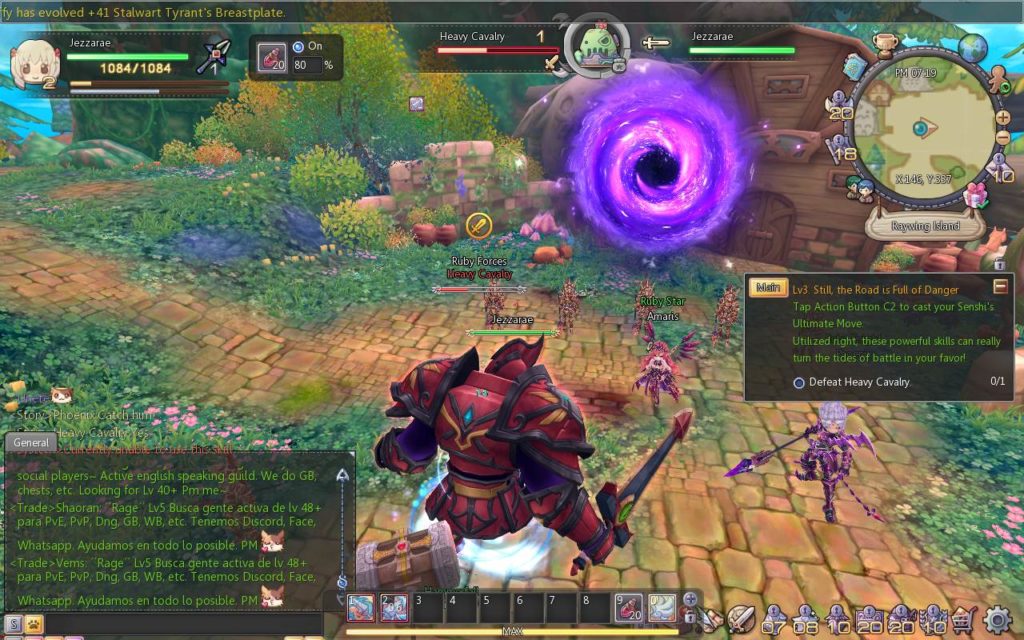 Twin Saga makes use of a simple “lock on and attack” style of gameplay, along with the use of both basic and Ultimate Moves. The latter is a swift, multi-attack on your opponent which is meant to either stun them, or put them down for the count. These moves are described in a somewhat complicated way, claiming – basically – that one must use skills to earn skill points, which are then used to allow the use of Ultimate Moves. It seems to be more in line with the idea of filling up an adrenaline meter through combo moves, and then draining that same meter upon using Ultimate Moves.

If you have ever watched an anime and thought to yourself “I wish they would make a roleplaying game out of this,” then look no further – Twin Saga is the game for you.

This game is simply fantastic. It perfectly combines a humorous storyline with general gameplay and well-developed cutscenes, making it feel as if you are literally playing through a Japanese anime at the same time as watching it. It requires a bit of high processing power to avoid lag, but honestly, even with the lag, I would still enjoy playing this game. Ten out of ten, would definitely play again!