Knight’s Fable is a browser-based MMORPG with beautiful hand-drawn art and turn-based combat. The game incorporates elements from fantasy legends and folklore, such as King Arthur and Greek/Norse myths. Although Knight’s Fable is not exactly unique to the MMO genre, it does have a lot to offer and I had fun playing it. Things that you can do int he game include: traveling to various taverns around the game world to recruit heroes that will fight with you, training pets, building a castle, completing quests, joining a guild, and fighting in the PvP arena. 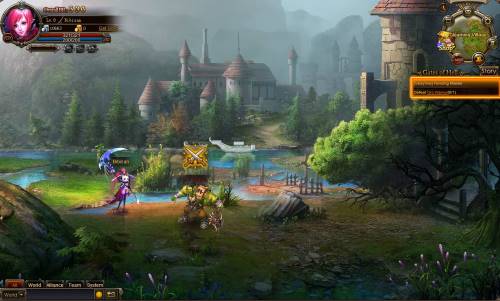 Starting out, nothing seems really different from other browser MMORPGs but the graphics do look quite good, with a Western RPG feel to it.

Enemies in Knight’s Fable are varied and the design is pretty cool, which is a major plus. After hours and hours of playing the game I never got bored, because I was still able to find new creatures and enemies that bring in a lot of unique value to the title.

It’s cool to see that the gameplay ramps up exponentially as you move onward so that players won’t get bored. It’s cool to have so many servers as well, because as far as I saw the characters aren’t server bound and even if a server is down, you can easily go and choose another one which is truly important in this regard.

There are tons of enemies to engage and maps to peruse, so each experience here is amazing and well worth your time. It’s cool to see that the gameplay is easy to learn because this means that anyone can play it without investing a lot of time in tutorials and fumbling through early levels. Most people who play a browser MMORPG in 2016 are probably looking for something quite fun and fast so in this respect Knight’s Fable satisfies expectations. 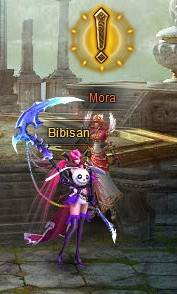 On the other hand, not everything in the game is perfect. I didn’t like the fact that they gender-locked classes I don’t feel that this is normal and to be honest I would have wanted a male mage, but the game just didn’t allow me to access such a thing. This is a bad thing but hopefully they will add this at some point.

When it comes to combat, you have the usual autoclick which means that you move within the game world simply by clicking the objective. During battles everything is performed automatically so you don’t really need to press on any button. This might be a bit too simple and easy for some players who prefer more challenging gameplay.

The pet system is really cool, because not only do you have pets, instead these are customizable and you can easily modify the entire pet experience which is truly impressive to be honest. You can change the abilities and skills of your pet. You can also recruit companions in the game world and they do come in handy when you encounter the more powerful enemies. It’s nice to have such help in this game and this truly improves the entire experience.

Despite the fact that classes are gender locked, I found them to be varied enough to offer you quite a lot of replay value, and as you would expect this means that you will get immense value at all times. Combine that with the immense amount of content and you will see how much you can get out of Knight’s Fable. 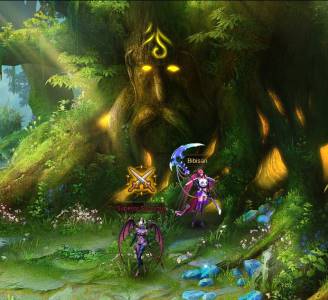 A notable, interesting feature comes from the fact that the autoplay system will automatically engage if you are AFK, so even if you stay in the game you can still have an amazing experience and that’s truly extraordinary to be honest.

The interface is quite stuffed but it does provide a lot of value mainly because it places everything right under your fingertips. It’s nice, refined and it offers you a great gameplay unlike never before. This means that if you do want a lot of game value, you should definitely focus on checking out this title.

Knight’s Fable is a great looking browser game and it does offer some wonderful game worlds with a lot of stuff going on in them. I was surprised to visit ruins, ancient locations, forests and so on. Everything you can find in this game is nicely designed to the point of offering you the best possible value. It’s cool to seem how much dedication went into the creation of this game world and the characters in it, so it’s cool to peruse the game on your own when you are allowed to.

Sounds are also nice, albeit a little repetitive but considering that this is a browser game that was kind of expected to be honest.

It might not be a revolutionary game, but Knight’s Fable does a great job when it comes to sheer gameplay that you will like. There’s a ton of customization value here and at the same time you can always get new skills that are useful in battle. Leveling might be fast, but it makes sense and playing Knight’s Fable really fun. Plus, it’s browser based so it doesn’t even require an installation. It’s cool and well worth a playthrough.

« Skyforge Review
Is Runescape Worth Playing in 2016? »