This game has a rather interesting graphics style. It’s obvious in its design that it is made to be an anime MMO, at least in terms of graphics. The aesthetic appears to be a little more child-like than one would expect. As such, the NPCs in the game appear rather young when you come face to face with them, especially when you notice they seem like they are without blemish.

Weapon and armor design I like so far in the game. They’ve been designed well to fit your character and provide the “cool” aesthetic you would want from an MMO.

The environments in the game can be a tad hit and miss at times, and don’t always look all that striking or amazing, but there are certain areas I can’t help but enjoy the look of, like in the screenshot below, which will give you a basic idea of what some of the areas in the game looks like. 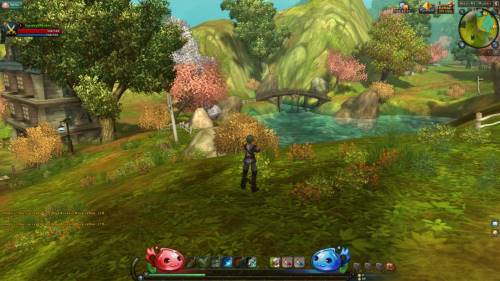 From what I’ve seen, I really do enjoy the skill animations. They are flashy, the majority of them feel like they have some actual impact on the thing they are connecting with, and they are just fun to do and to look at. From fireballs, to spinning sword slashes, to roaring in an enemy’s face, the overall animation work for this game is nicely done, especially so when it comes to the games effects in combat.

I’m going to start on the limited with this game, and that’s the races. There’s only two: Human and Noel.

Humans are your typical race in most MMOs, as in they are meant to be like us, with no extra features, just two arms, two legs, a body and a head, nothing more. Unlike in some other MMO’s though, this game does not give you a bonus depending on the race you play, nor does it gender lock the class you want to play.

The choice of race is not purely for visual effect. If you play as a human you have access to five separate classes: The Magician, The Swordsman, The Archer, The Thief, and The Acolyte. These are all your typical classes, but each one has the option to choose a second class at level 25 and focus on a different direction for your class. For now though, I’ll just touch upon the basics. 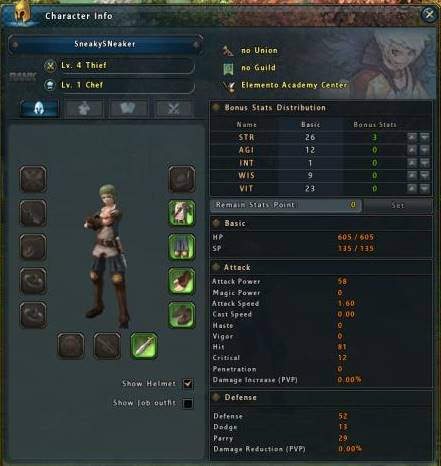 Noels are not the same as human, as they have more distinct features, like horns and a tail, as well as the fact that they are quite short, and almost resemble children in their size. Noel can only play one class, called The Alter.

The Alter – This may be the only class the Noel have, but you can take it in two different routes. You can either spend your time focusing on your curses, to attack your opponents from range. Or, you can focus more on the melee side of things with weakening attacks that will leave your opponent in a very bad spot the longer you’re fighting them. 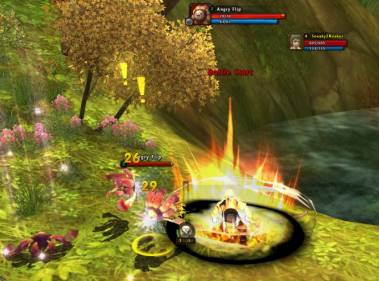 Quests from the looks of things don’t appear to be too special, as the majority of them so far has just been, “walk here, kill this, or collect that.” In an MMO it’s not surprising that the questing isn’t all that varied, but it would be nice to do something a little different every now and again maybe, keep the variety up a tad.

Before I finish up, I thought I should quickly touch on a couple of extras the game has.

Jobs – At character creation, you have a choice of four different jobs: Chef, Alchemist, Blacksmith, and Artisan.

Jobs in this game work like professions, where you build items from resources you get throughout the world, and just like a class, the more you do, the closer you’ll get to leveling, and then get the chance to improve on your chosen job.

Cards – Cards drop from enemies once you’ve slain them, and apply a buff to your stats the entire duration you have it equipped. The most basic one I found gave me a couple of extra +1’s on my stats, but I can imagine the more end game ones can give a player one very nice buff to their stats. 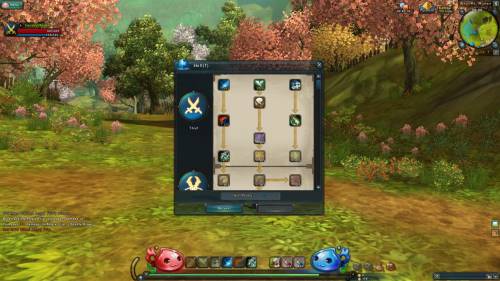 The game has its pros and cons. One of the cons for the game is the aesthetic. I’m okay with an anime MMO, just as long as it plays well and feels fun to me, but I can definitely see the aesthetic being a problem for some people. I would recommend keeping that in mind if you’re thinking about downloading the game for yourself. If you’re not into it, then the game may not be for you.

Also, the questing system isn’t too exciting. The majority of it just appears to be “kill this, kill that,” with rather little variety, so don’t go into the game thinking that the questing is going to be just one giant positive, as so far, it doesn’t appear to be so.

Oh, and the English voice actors do not do a very good job when it comes to the voice work. I encountered an NPC who was supposed to be a student at the Knight Academy if I’m not mistaken, and she didn’t appear to be any older than the character I was playing, and yet, the moment I spoke to her, I got a voice so deep, and rugged, that it didn’t fit her character at all. The voice acting is definitely not a positive in this game.

The game does have some lovely armor and weapon design. Combine that with fun gameplay, flashy spells, and skills that actually feel like they have some impact behind them when you use them, makes for a fun experience.

I will admit it is a shame about the lack of races in this game, with only two, but the game doesn’t seem to need them. The thing I am very happy about though is that not of the classes are gender locked. It’s a pet-peeve of mine in any MMO that decides to do this. A player shouldn’t be restricted on how they want to build their character, something this game I am very pleased to say does not do in the slightest.

The environment isn’t always the greatest, but you certainly can’t go as far to say the game looks bad, because it does not. The places I’ve seen so far, although not breath-taking, they do look rather nice on the eye and aren’t particularly dull when you’re walking through them.

Overall, I’ve been enjoying Ragnarok Online 2. The graphics may not be ground-breaking, nor may the questing system, but the combat really has got me enjoying the game quite quickly, and that’s what I like to see out of an MMO. The meat of an MMO is normally its combat and gameplay, something this game is most assuredly doing right. If the aesthetic of the game isn’t something you mind, then try the game out. I highly doubt you’ll regret it.