As a sci-fi lover, I was in love with the Star Trek TV show and movie, so I was excited at the though of being able to play Star Trek Online. Unfortunately, the game didn’t manage to have a good launch, since it was riddled with bugs and thus lost a lot of potential because of that. But how does this title fare now, 5 years after its launch? Let’s find out! 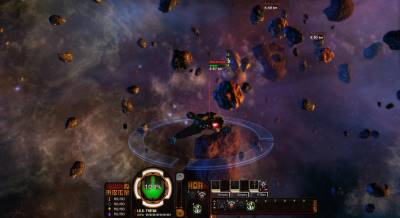 You start off the game as a lieutenant that will try to become a captain. You have multiple races to choose from, and each one does include its own set of ships and cool stuff to do, so you will definitely enjoy everything right from the start.

At the same time, I find the gameplay in Star Trek Online to be quite diverse, because it enables you to complete missions, recruit officers in your crew, explore and then fight in order to get the best outcome. You have the opportunity to engage in hand to hand combat, or you can go in ship battles, depending on how you want to tackle the experience. As far as I can see after playing the game for a while, a lot of the experience is focused on exploring the vastness of space and engaging in missions.

This is not a bad thing at all, because thankfully the quests vary a lot, from reporting to an NPC to actually killing a wide range of drones with the use of a phaser gun.

On top of that, the main focus in this game is on the RPG experience, and because of that you will need to continually strive to improve your character by acquiring new skills. There are many skills to get here thankfully, from the backhands to palm strikes or haymakers, all of which seamlessly add up in order to bring in some of the best experiences out there. 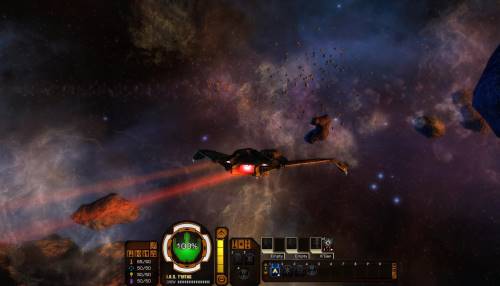 Also, the way Star Trek Online mixes space combat with the ground combat is a standout feature, because they integrate seamlessly as you can easily explore planets.

Of course, there are a few issues that I encountered during combat, specifically ground combat. Using lasers and phasers felt clunky and not at all fluid, and for me this hampers the gameplay, because let’s face it, no one wants to see unrealistic lasers, and because of that I feel that the game does a great job in this regard. Here you can easily see that the game still have many bugs, and to be honest I am a little disappointed that they didn’t address this after all this time.

The map in this game is very good, and I am impressed with the high quality that it provides. Throughout the years it was improved and now it’s not only very accurate, but also appealing from a visual standpoint. The checkpoints scattered on the map are accurately depicted, and the experience has a lot to benefit thanks to this.

While at first the main focus of the game is on ground combat, as you play a little more you will see that a lot of the gameplay will be focused specifically on exploration. From space combat and exploration, both of these are blended seamlessly and they provide a very interesting, fun and exciting experience for you to check out.

But missions aren’t all you can check out in this game, because you have a ton of other cool stuff to explore at all times. The PVP for example is nicely implemented in this game, and I am actually very impressed with the way it works, since it’s not only fun to play, but also quite varied. You have missions such as capture the base, free for all duels, but for me the best are the faction wars which not only brings that feeling from the TV series, but which is also very fun and exciting at all times. 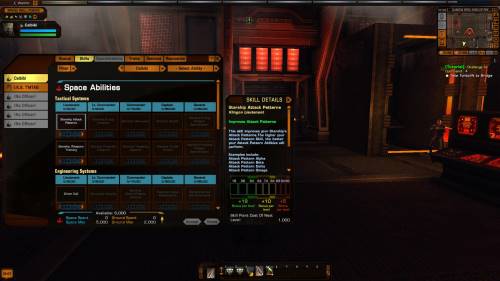 Depending on the areas of the universe that you peruse, you will be able to acquire more and more funds, something you will surely enjoy immediately. Thankfully, there’s a lot of stuff to spend them on, and there are many in-app purchases to be made in this regard. Seeing that the game is free, getting some new skins or the in-game currency is a very good idea, and they do add some value to the title, even though some of them do that only from a visual standpoint.

Ship customization is one of those things that I particularly like here because you can change the design of the ship and modify the weapons, gadgets, themes, colors and just about everything you want. Since most of the time you will use your ship to browse the space, you do need to customize it, and I love the way they implemented the whole experience.

Star Trek Online doesn’t look amazing when compared to other MMOs, but the graphics are more than ok and functional, so you can rest assured that you will have a very good experience while playing this title. The ship design is amazing. As for the sounds, you do get some of the music from the TV series, the phaser sounds and all that cool stuff. Voice acting is also decent, but it isn’t super impressive.

I liked Star Trek Online and I think that it’s a great way to pass the time, particularly if you are a trekkie. It’s also quite unique with its emphasis on quests and space exploration. If you like the setting, you will most likely enjoy the game. It is one of the better free to play MMORPGs around, with high-quality production values and an excellent story.

Not what you were looking for? Then try one of the other best MMORPG 2015 games that we recommend.