Rift, a fantasy MMORPG by Trion Worlds, has recently launched Wilds, its biggest update since its launch in 2011. The update features tons of exciting new content that has been well received by current players. Today, Rift is one of the more established free to play MMORPGs that has a small but active player community. The Wilds update is good news for Rift players. However, what if you don’t play Rift yet but are looking for a good MMORPG to play in 2016? This review by Owen takes a fresh look at Rift to see if it is still worth trying out if you are a new player. 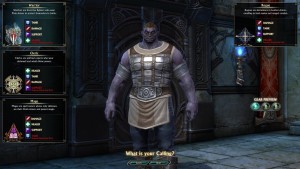 Rift immerses you in the enormous world of Telara, a world comprised of a multitude of visually varying landscapes from the dreary earthly tones of Mathosia to the fantastical, mystical hues of Brevane and Dusken. This universe leaves so much to discover through countless hours of exploration, and that’s mostly where the strength of this game is found.

There are planes of existence that are characterized by elements such as air, fire, water, earth, life, and death. Within each of them is a ruling power that mirrors and represents the plane in the form of a dragon. All of the forces that govern these Planes banded together to invade Telara, and in doing so tore open rifts that unleashed unspeakable beasts. The story begins with you, an Ascended hero, resurrected for the purpose of ending this scourge brought on by these god-like dragons.

When you begin the game this is an undeniable part of your progression throughout. Rift starts off relatively slowly in typical MMO style through basic quests and killing enemies but does ramp up the energy as you press on through the story.

Despite the initial enjoyment of the main story there are just more compelling things to occupy your time in the world. As you continue your journey, in no particular direction, you will find it is much more rewarding and enjoyable to stumble upon new experiences, and scenarios of your own creation in the wilds of Telara. This leads into one of the more exceptional parts of the game and that is the world of Telara itself. 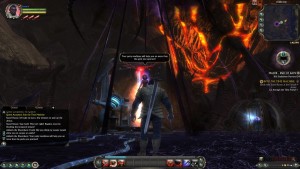 The world is not unbelievably large in comparison to other MMOs, but it is large enough and dense enough that it offers you plenty of shadowed crevices and seemingly unreachable areas to feed your curiosity. One of the cool parts of exploring is coming across artifacts. These artifacts are scattered all over the map and, when combined into collections, can be exchanged for glittering rewards and rare items. It is a delight to come across them organically in the world and adds a little icing on the cake. With small additions like the artifacts, and a world with many stories to tell, it will keep you interested for some time.

When you consider the aesthetics and art style choices in Rift there is nothing out of the ordinary and it closely resembles many other games like World of Warcraft. It isn’t the most overtly appealing game at first glance; however, the game was release in 2011, so the appearance shouldn’t be expected to reach the caliber of the more recent MMOs.

The graphics in Rift overall feel quite inconsistent, as some aspects don’t look so great, but it does have some moments that will catch your attention. For instance, when a Nightmare Rift tears a hole in the sky, revealing enormous menacing tentacles and a strange brew of purple and black hues, it’s a definite highlight. 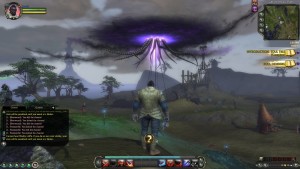 The combat is once again derivative of other games and pretty standard, but does feel very fluid and fun. The best of the combat was found in the battles with spontaneously emerging Nightmare Rifts. They can open up at any moment to terrorize you with strange and horrifying creatures that descend from one of the many elemental planes.

Combat has its strength in the ability to create diverse characters that can play any role. When you start the game you are first given the choice of two factions: Guardians and Defiants (each holding three specific races). Then you are given options between Callings (Primalist, Mage, Rogue, Cleric, and Warrior) and a Purpose that adds another layer of uniqueness to the character you create.

The greatest amount of creativity and choice will be in the Soul Tree and its three distinct Soul focuses. The Soul Tree has enough depth and diversity that you can tailor it to any play style. You can mold yourself into whatever type of character you want, altering your abilities to support any particular role you wish. The Soul Tree leaves progression open-ended with a lot of choices that allow you to make a character that is very much your own. This is a wonderfully complex and detailed system, though does take some time to wrap your head around how the choices impact your character.

Rift is not overly compelling at first glance and doesn’t reinvent the genre in any substantial way, but instead of being innovative, Rift presents you a world rich with lore and promise – and a game that is ultimately solid and well-rounded, doing what it sets out to do very well.

Owen Shaw is a new freelance writer from Toronto, Canada. He has contributed articles and blog posts to sites like Career Addict and Slant News, and currently dedicates his time to writing video game reviews and previews. When not writing, he’s pedantically scavenging and organizing his inventory in the black hole of productivity that is Fallout 4. You can follow his developments on LinkedIn and Twitter (@_Owen_Shaw_).